There is something for everyone on this list of the Top 10 Best Affordable Used SUVs and Crossovers. These 2 vehicle segments have been a big part of automotive sales over the past decade and there are many great preowned models on the market. The vehicles listed below encompass a broad variety of uses including Off-Road, Hybrid, 3rd Row, and Sporty so there is surely something for everyone.

Remember the Chevrolet Trailblazer SUV? You should! This mid sized SUV sold over 1.5 million units between 2001 and 2009. in its day, the Trailblazer was a very practical SUV that looked good and drove well. Just as America was enjoying the SUV craze; the Trailblazer was enjoying a ton of success and acclaim. The 2004 Chevrolet Trailblazer had a base price of $27k when it was new. This SUV not only talked the talk it walked the walk. The exterior design was inviting, the interior is spacious and well equipped, the engine made 275 horsepower, and the off-road capabilities were stellar. In 2004, Chevy sold over 280k units in America. The pre-owned automobile market has many great examples and you can find a 2004 Chevrolet Trailblazer SUV for about $7k-$10k making this one very viable option for a cheap used sport utility vehicle. The Trailblazer is cool because it drives well and can go practically anywhere.

If bigger is better than the 2004 Dodge Durango SUV is a great choice for any affordable used sport utility buyer. Brand new the Durango cost anywhere from $26k-$35k back in 2004. That is some serious change for an SUV. The Durango did have a couple of things going for it. First, this SUV came with a 3rd row meaning there is seating for up to 7 passengers. The second great buying point was the optional 5.7 liter HEMI V-8 engine that made 335 horsepower and 370 lb-ft. of torque. The third great advantage the Durango carries over the competition is the tough 4WD system. In the end, the 2004 Dodge Durango SUV is a great low cost choice for those wanting to tow a ton or take a few off-road excursions. Expect to see prices between $8k-$12k depending on which model/engine combination you choose. HEMI power and 7 passengers make the Durango a cool affordable used vehicle choice.

The GMC Yukon is a full-size upscale sport utility vehicle that can seat up to 7 passengers. The Yukon offers a nice roomy interior with quality materials and a V-8 engine combined into a good looking package. Back in 2002 the GMC Yukon cost about $35k for the base model and came with a 4.8 liter V-8 engine that made 275 horsepower. Depending on the trim you can find a great low priced example for $8k-$11k that comes loaded with leather, power accessories, 3rd row seating, and 4WD.

Hyundai first released the Tucson as a 2005 model to compete with other compact crossovers like the Toyota RAV4 and the Honda CR-V. The Tucson had a couple of things going for it including a good amount of interior space, a fuel efficient engine, and many standard features and options. In 2005 a new Hyundai Tucson started at $18k and topped out at $23k. Over the last handful of years the Hyundai Tucson has not depreciated very much which goes to show this little SUV holds its value well. The 2005 Hyundai Tucson is powered by 2 different engine choice: a 2.0 liter 4-cylinder and a 2.7 liter V-6. The 4-cylinder engine puts out 140 horsepower and with the 5-speed automatic transmission; the Tucson can manage 27 MPG on the highway. Prices on a used 2005 Hyundai Tucson in great shape ranges from $8k-$11k.

The Jeep Grand Cherokee is the epitome of an SUV. This vehicle is just as happy off-road as it is running errands. The original showed up as a 1993 model and over the years the Cherokee has become a favorite among enthusiasts. In 1999 the WJ series was introduced and the Grand Cherokee saw a full redesign both inside and out. The engine was more fuel efficient and there was a cool 4WD system called the Quadra-Drive. The 2002 model had a base price of $25k and went up from there. There were a couple of different trim levels including the Sport, Laredo, and Limited. The 4.0 liter 6-cylinder engine made 195 horsepower and 230 lb-ft. of torque. There is also a larger 4.7 liter V-8 model. Prices on a 2002 Jeep Grand Cherokee range from $6k-$8k. If you are looking for a capable and low priced 4WD SUV, then look no further than the Jeep Grand Cherokee. 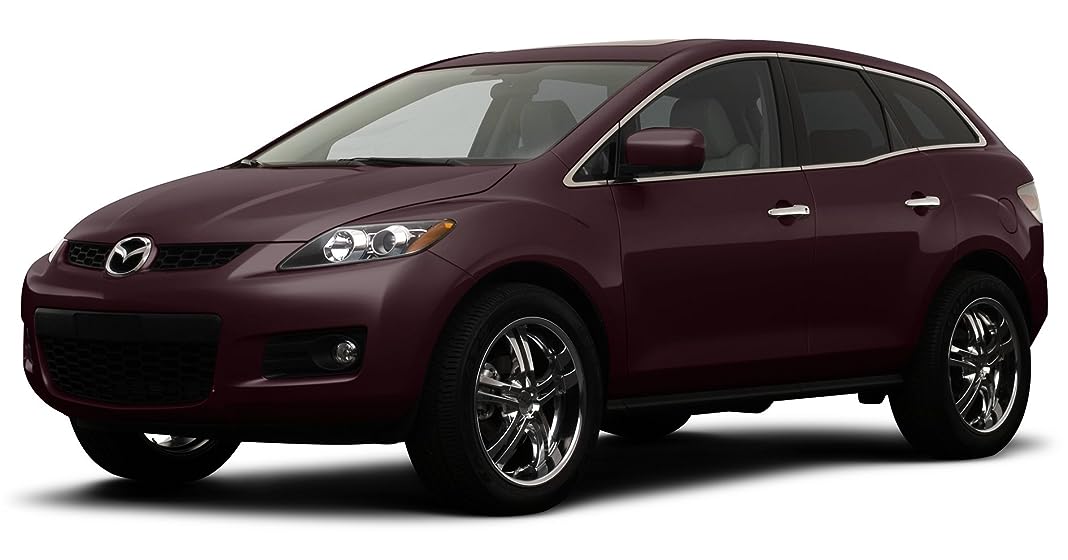 The Mazda CX-7 crossover SUV only had a run of 6 model years and has been replaced by the CX-5 for the 2013 model year. In that short period of time, the CX-7 has become a favorite among enthusiasts. The Mazda CX-7 combines a potent turbocharged engine, a 6-speed transmission, and a sporty suspension to create one of the most cool Zoom Zoom crossovers ever to his the U.S. market. This unique vehicle cost between $22k- $33k brand new but you can find a handful of affordable used 2008 Mazda CX-7 models ranging from as little as $14k all the way up to $18k for the loaded ones. 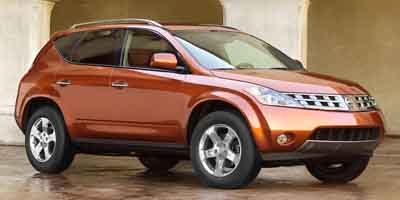 The 2003 Nissan Murano was the first crossover offering from Nissan in the United States. With a price of just under $30k, the Murano was expensive although it did come with a bunch of great safety features. The 3.5 liter V-6 engine produces 245 horsepower while still managing 25 MPG on the highway thanks to a CVT transmission. The Murano is a good choice for those seeking a safe and versatile utility vehicle thanks to the front and side curtain airbags, reinforced frame, anti-lock brakes, and electronic stability control. A 2003 Nissan Murano crossover in excellent condition costs $10k-$14k.

The Nissan Xterra is a tough and rugged SUV targeted towards the younger generation that needs off-road capabilities as well as a vehicle with tons of utility. The first generation Xterra made its debut as a 2000 model but the real gem is a 2002 Nissan Xterra with a supercharged motor. This 3.3 liter V-6 engine is supercharged which increases power by 40 HP and 40 lb-ft. of torque. The retail cost in 2002 for a supercharged Xterra started at $23k with the higher end trim levels topping out at $28k. The 2002 model also featured updated styling and a better interior. The Xterra is a very capable and inexpensive off-road vehicle with its 4WD system, cool underbody skid plates, limited slip differential, solid live rear axle, and high ground clearance. Other great standard features include running boards and a useful roof rack. The 2002 Nissan Xterra SUV can be had for $7k-$10k. 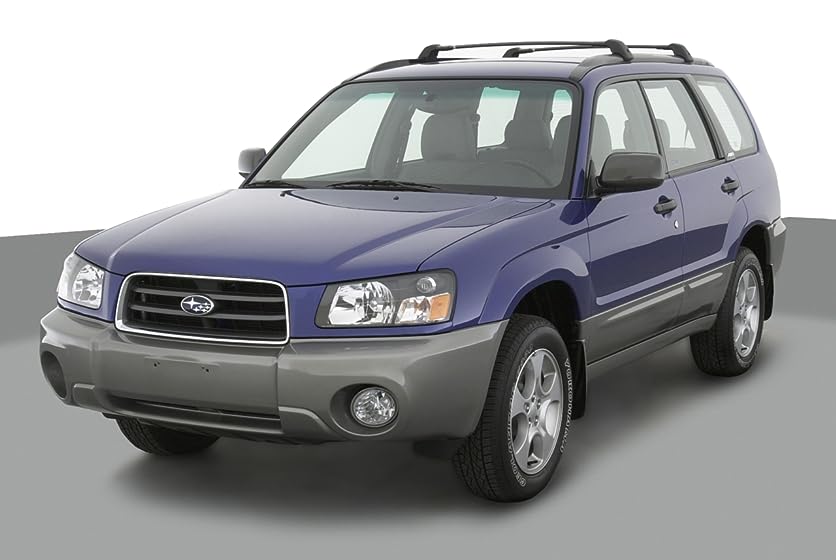 The Subaru Forester led the way in the crossover SUV segment here in the U.S. Back in 1998 the Forester proved you could have a tough and rugged vehicle based on a car chassis. The Forester drives exceptionally well and the AWD system is more than capable. The second generation debuted in 2003 and with it came a totally redesign that not only updated the looks but also added aluminum body parts to help keep the weight down. The interior is a nice place to be providing tons of room for 5 passengers and their gear. Best of all the Subaru Forester rides like a car but is tough enough to handle most off-road situations. The 2.5 liter engine cranks out 165 horsepower with an average fuel economy of around 24 MPG. Expect to see prices range from $8k – $11k for models in excellent condition.