The Volkswagen Jetta is one of the most affordable compact cars in America. Much attention has been paid to this car since its redesign last year. There are currently 60 different trim levels available but the one that makes for the best commuter car is the one packing the TDI engine. Volkswagen has become very famous for producing a clean diesel engine that not only produces a fair amount of turbocharged power at 140 horsepower and 236 lb-ft. of torque; but also gets incredible fuel economy numbers at 30 MPG in the city and 42 MPG on the highway. Both a 6-speed manual and automatic can be had on the Jetta TDI. The fuel tank size is 14.5 gallons allowing for over 600 miles of commuting.

The Toyota Camry is about the most boring sedan out there but that is a good thing since those looking to buy a Camry want a practical commuter car that does everything well. That’s exactly the Camry in a nutshell. The Hybrid model does get better fuel economy but the cost is almost $4k more. The base model still gets excellent gas mileage at 25 MPG in the city and 35 MPG on the highway. The Camry is powered by a large 2.5 liter 4-cylinder engine that makes 178 horsepower and 170 lb-ft. of torque; but Toyota is the leader in fuel economy with the Prius so they know how to make a fuel efficient engine. The fuel tank can hold 17 gallons meaning the commuter can rive the Camry for almost 600 miles on the highway between fill-ups. 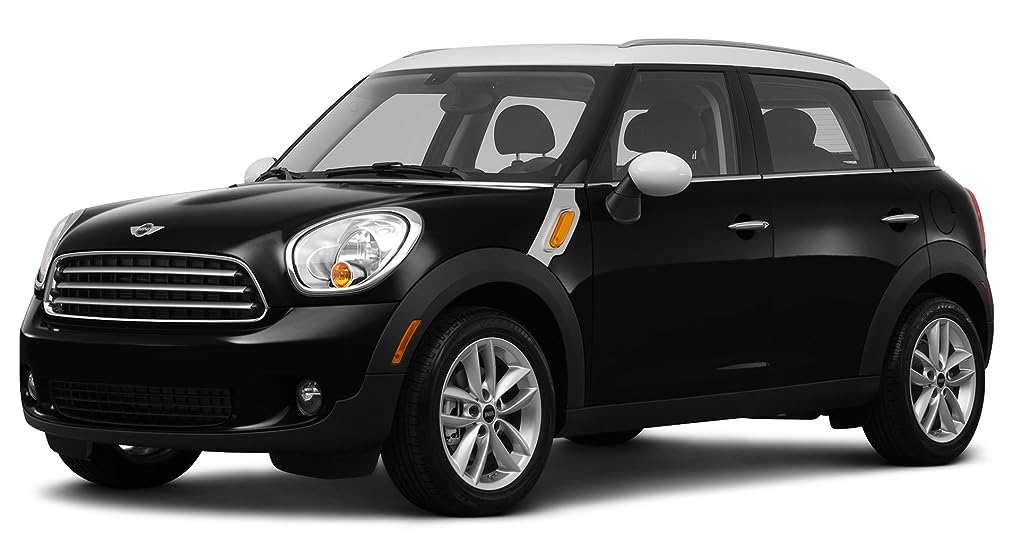 If you want a unique commuter car with tons of personality then look no further than the Mini Cooper Countryman. This compact crossover car has 4 doors and can get 27 MPG in the city and 35 MPG on the highway. The engine is a potent 1.6 liter 4-cylinder that makes 121 horsepower and 114 lb-ft. of torque. The 6-speed manual transmission is a must. The Mini Cooper Countryman is fun to drive and takes the Mini nameplate to another level by offering more interior space which is good for the commuter who needs to drive more than just himself. The 12.4 gallon fuel tank allows the Countryman to get 434 highway commuting miles between fill-ups.

The Kia Optima is pretty new to the American car market. This 4-door sedan looks good and gets great gas mileage at 24 MPG in the city and 35 MPG on the highway. The Optima is powered by a 2.4 liter 4-cylinder that makes 200 horsepower and 186 lb-ft. of torque making it one of the most powerful cheap commuter car for sale. The styling on the Optima is quite sexy and the LED tail lights are usually reserved for more expensive luxury car models. The Optima is a wonderful cheap commuter car thanks to the amount of interior space for the passengers. This car provides a nice relaxing drive. The fuel tank is 18.5 gallons which allows for 647 commuting miles between stops at the gas station.

The Mazda3 comes in a few different trim levels with various engines. The one model that is more fuel efficient than the rest carries the SKYACTIV nameplate. Fuel economy numbers check in at 28 MPG in the city and 40 MPG on the highway. Starting at $19,550 the Mazda3 SKYACTIV is a bit more than other vehicles on this list but you also get the zoom zoom driving appeal Mazda is known for. The Mazda3 is powered by a 2.0 liter 4-cylinder engine that makes 155 horsepower and 148 lb-ft. of torque. The transmission is a 6-speed automatic. SKYACTIV technology is a combination of a more efficient engine, an advanced auto trans, and a lighter chassis. The Mazda3 is a great commuter car thanks to its large 14.5 gallon fuel tank that can take the car over 580 highway miles.

The Chevrolet Cruze Eco is a very unique car. Chevy used practically all the tricks in the book including new technological advancements to create a vehicle that gets 28 MPG in the city and 42 MPG on the highway that only costs $19,325. But how did they get such incredible gas mileage out of a non-hybrid car? Well first the engine is a very cool turbocharged 1.4 liter 4-cylinder that produces 138 horsepower and 148 lb-ft. of torque. The Cruze Eco is one of the only cars that offer a 6-speed manual transmission with a tall 6th gear dubbed Eco overdrive. The Cruze sits on nice 17-inch aluminum wheels wrapped in Low Rolling Resistance tires to help eek out a few more MPG. But maybe the coolest fuel saving feature is the front air dam that closes while on the highway. This makes the Chevy Cruze Eco more aerodynamic which results in better fuel economy. The size of the fuel tank is 15.6 gallons which allows the Cruze Eco to go 655 miles making it a great commuter car.

Honda has been known for producing cheap commuter cars for year. The Insight is still the cheapest hybrid car on the market today. But the Civic takes things a bit lower with its $16k base price. This buys you the lowest DX model with a 5-speed automatic transmission. While the Honda Civic has fallen behind many of its competition; the fact remains it is still a great affordable commuter car. The Civic is powered by a 1.8 liter 4-cylinder engine that makes 140 horsepower. Fuel economy is 28 MPG in the city and 39 MPG on the highway thanks in part to a low drag coefficient. The fuel tank can hold 13.2 gallons of gas giving this cheap commuter car a 514 mile highway range. 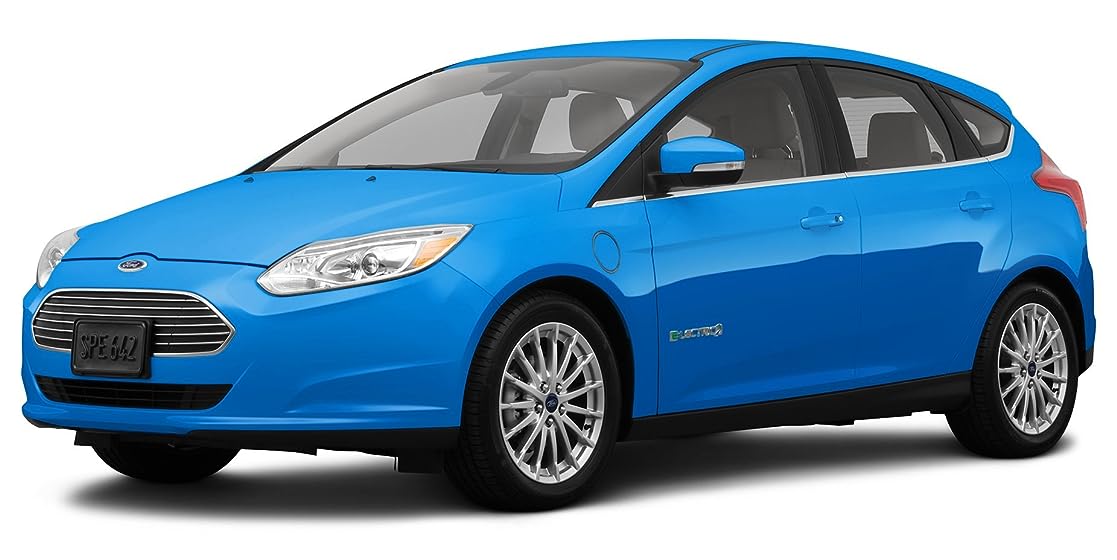 The Ford Focus was recently redesigned from the ground up. This 3rd generation compact car would have the best of both worlds with a fuel economy rating of 27 MPG in the city and 37 MPG on the highway. The low base price of $16,500 means that many commuters can afford to buy a new Ford Focus. The engine responsible for the good fuel economy is a 2.0 liter Duratec 4-cylinder motor that makes a whopping 160 horsepower and 146 lb-ft. of torque. That is a lot of power for a fuel efficient non-hybrid car. You need to buy the Focus model with the 6-speed automatic transmission in order to get the highest fuel economy. The Focus fuel tank holds 12.4 gallons allowing for 458 highway commuting miles.

The Hyundai Elantra gets excellent fuel economy at 29 MPG in the city and 40 MPG in the highway. This little compact 4-door cheap commuter car has a low base price of only $15,345. The car is powered by a 4-cylinder 1.8 liter GDI (gasoline direct injected) motor that makes 148 horsepower and 131 lb-ft. or torque. The Elantra returns the same fuel economy with both the 6-speed manual and 6-speed automatic transmission. A low drag coefficient of 0.28 helps the Elantra go further on the highway. In fact the Elantra can outpace its biggest rivals from Toyota and Honda. The Elantra has a 12.8 gallon fuel tank which means the commuter can go 512 miles.

The Nissan Versa may be the cheapest commuter car on the market. The very base model starts at under $11k but it’s the S model with the CVT trans for a few thousand more that gets the best fuel economy at 30 MPG in the city and 38 MPG on the highway. The engine is a small and efficient 1.6 liter 4-cylinder that makes 109 horsepower. The CVT transmission makes sure this cheap commuter car is always in the most economical gear. You do not get much in the way of creature comforts with the base model Versa S but who cars since this car should be used at a daily commuter anyhow. The fuel tank holds 10.8 gallons which allows the Nissan Versa to travel 410 highway miles on one tank of gas.