by Pedro Tran
in Outdoor Recreation
0

Coleman Coolers are indeed popular among many and at some point you or someone that you know might have owned and made use of one. The Coleman brand of coolers is one of the most popular coolers that have been available in the market for many years and it has continued to offer the same high quality service even today.

If you have come to recognize the Coleman brand as a trustworthy brand, and if you are looking to purchase the best Coleman cooler for camping and outdoor needs, then I suggest that you continue reading. You will surely enjoy what we have to say.

We have scoured the internet and looked at the many different coolers that are available today in the market. We have given importance to the Coleman brand of coolers and now state our top Coleman cooler reviews. 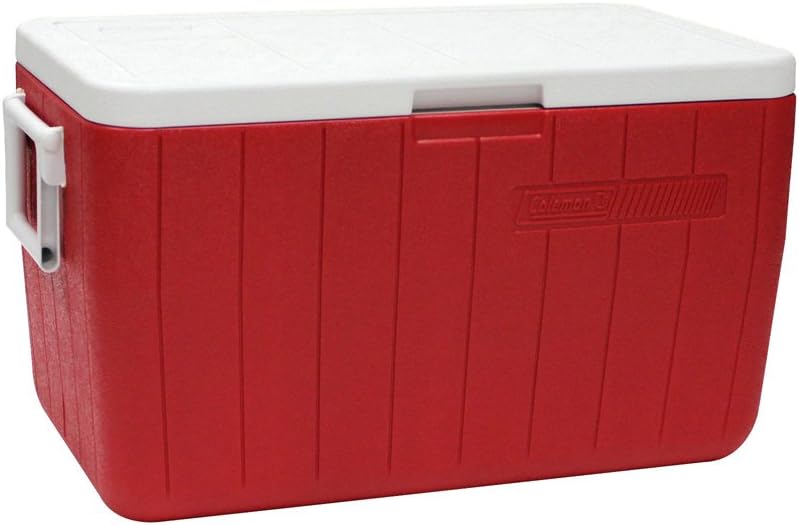 If you are a person on a tight budget and is in need of a good cooler for your outdoor expeditions to chill your drinks and carry perishable food items, then you may want to check out this Coleman 48 Quart Cooler. The cooler comes in red or blue which is quite the basic when it comes to coolers.

The Coleman 48 Quart cooler has a capacity to hold 63 cans of beverages and is also tall enough to accommodate 2 liter bottles standing upright, which is also actually quite convenient. This is a quite a large sized cooler and it features a hinged lid for easy opening. There is also a leak resistant drain which makes things so much easier when emptying and cleaning the cooler.

This cooler may not be able to hold ice for a whole week at a time like some of the other coolers that are available in the market today but its durability and entire structure is certainly something to marvel at. There have been several users who have reported owning these coolers for years with little degrading over time.

One individual has stated having used the Coleman 48 Quart Cooler for a little over 20 years and still counting. If you are looking for the best Coleman cooler that will last over a longer period of time, you may want to give the Coleman 48 quart cooler a second look for sure. 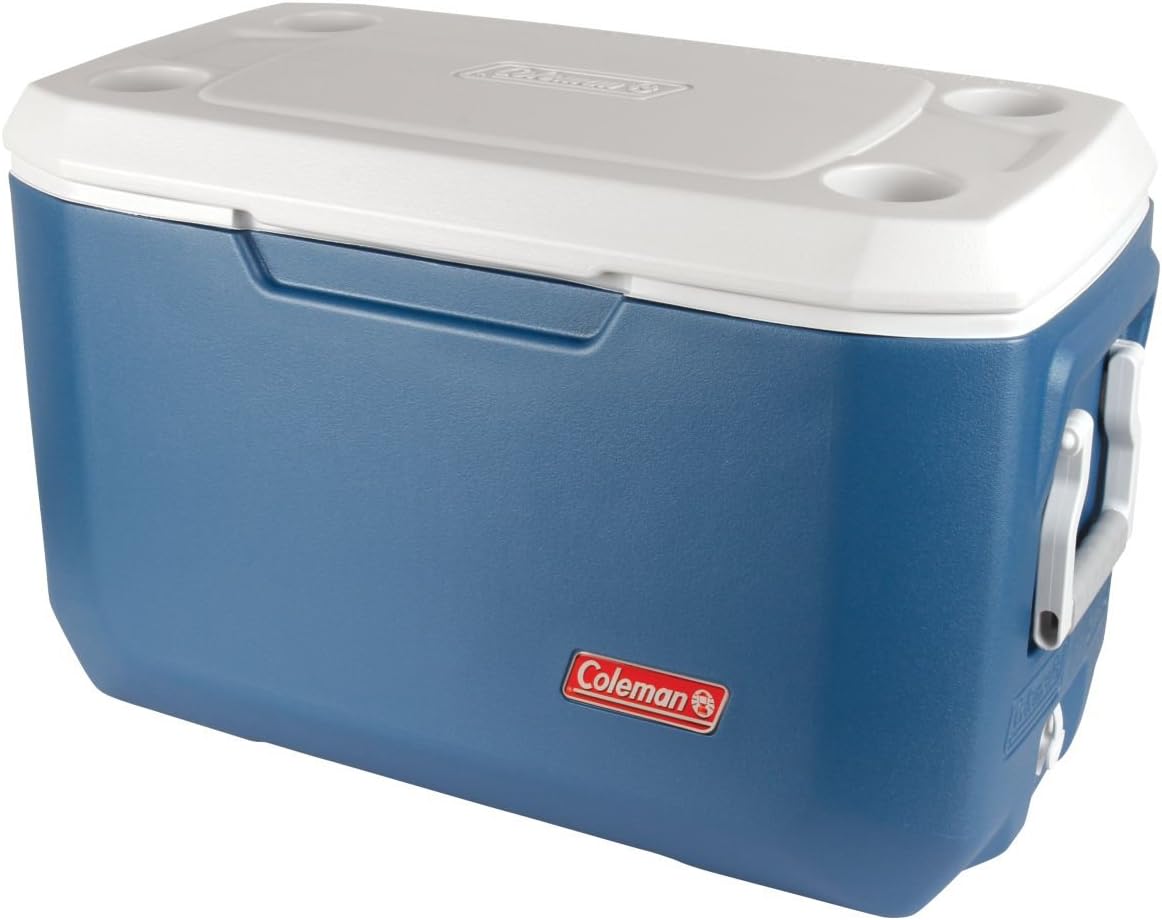 This is the perfect choice if you are looking for an even larger sized Coleman cooler to enjoy the great outdoors. This Xtreme cooler boasts of a capacity to hold 98 cans of beverages plus ice. This means that you can fit nearly four cases of drinks including the ice which is the perfect solution for an outdoor gathering with family and friends.

The cooler consists of two way handles which makes it easy to carry it about and transport it to the relevant location. However, due to its large size, you may have to get some extra help moving this around. According to Coleman, this particular 70 Quart Xtreme Cooler might be the best Coleman Cooler up to date that can hold ice. The Coleman ice chest states that it can hold ice for up to five days, even in extreme weather conditions. Users however have commented on that in their product reviews on Amazon.

One user claims that the Xtreme cooler performs as advertised by the company. The user has utilized one gallon jugs of frozen water as ice. The customer claims to have used the cold water safely for six days, while one of the gallon jugs were still half frozen after the said six days.

However, there are individuals who have reported that while the structure of the cooler may not be as they expected after use, it does hold the cold in and ice for a while. 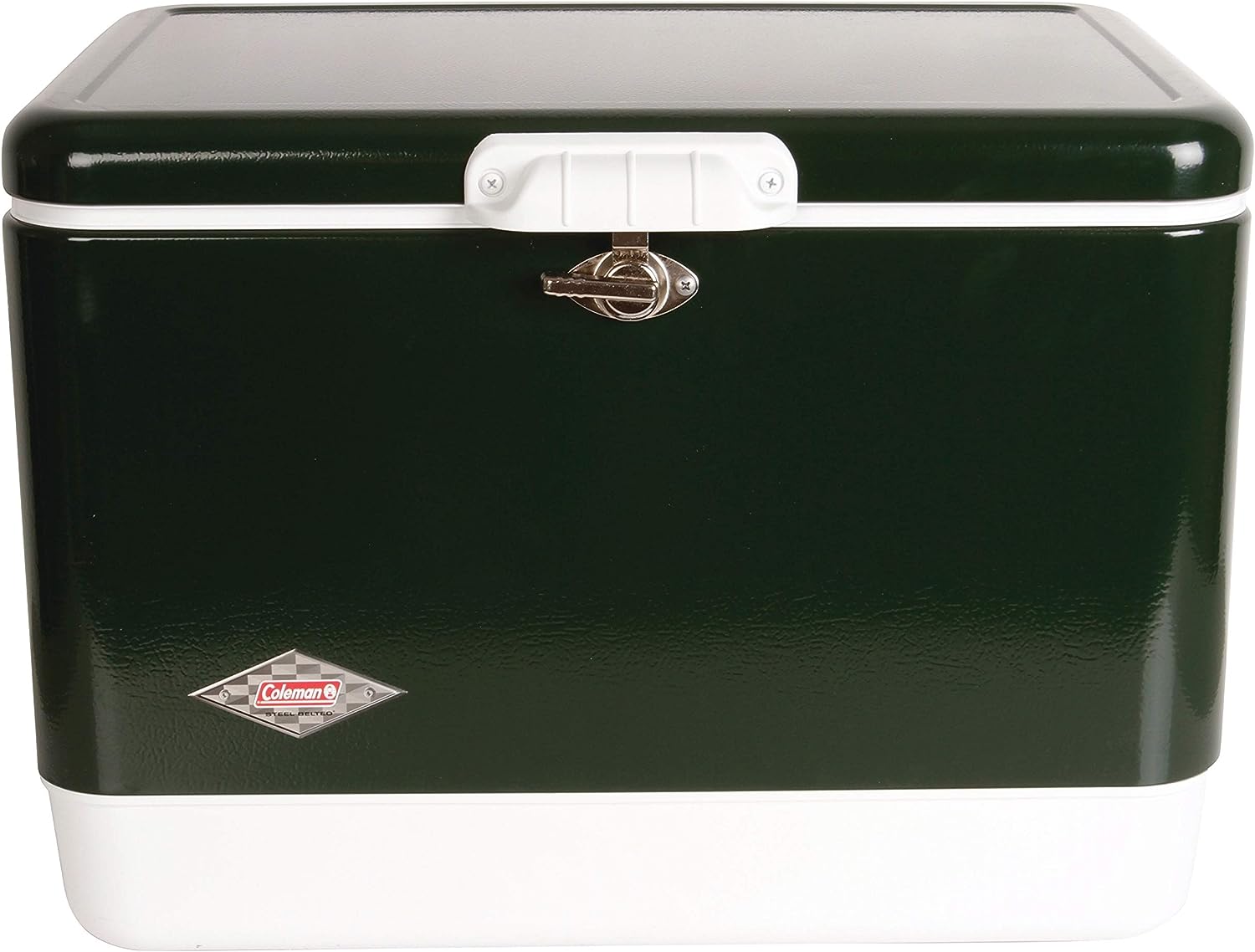 This is offered in a variety of colors such as green, silver or red. If you take a closer look at these coolers, it’ll be like you have taken a step back in time. For many outdoor enthusiasts, one glance of the cooler is all they need to start reminiscing about barbeques on the beach or campfires with family and friends.

This cooler boasts of one size and has the capacity to hold 85 cans. It comprises of stainless-steel handles and rubber grips which makes transporting the cooler quite simple. It also consists of a solid latch to keep the cold in and the heat out which is what you expect of a cooler. Even though the outer appearance looks like an old age cooler, the latest model is fashioned differently. The outer shell is made of metal while the inside is what you would find with any other cooler for that matter – insulated plastic. You can check the cooler online on Amazon and inspect the images to come to a conclusion.

Many users reveal that this is similar to the Coleman coolers they used when growing up, though some have mentioned that a few features have changed. These include the latch sliding into a plastic hook rather than a metal one. Several users have also stated that these coolers did not have a bottle opener as the older models used to. 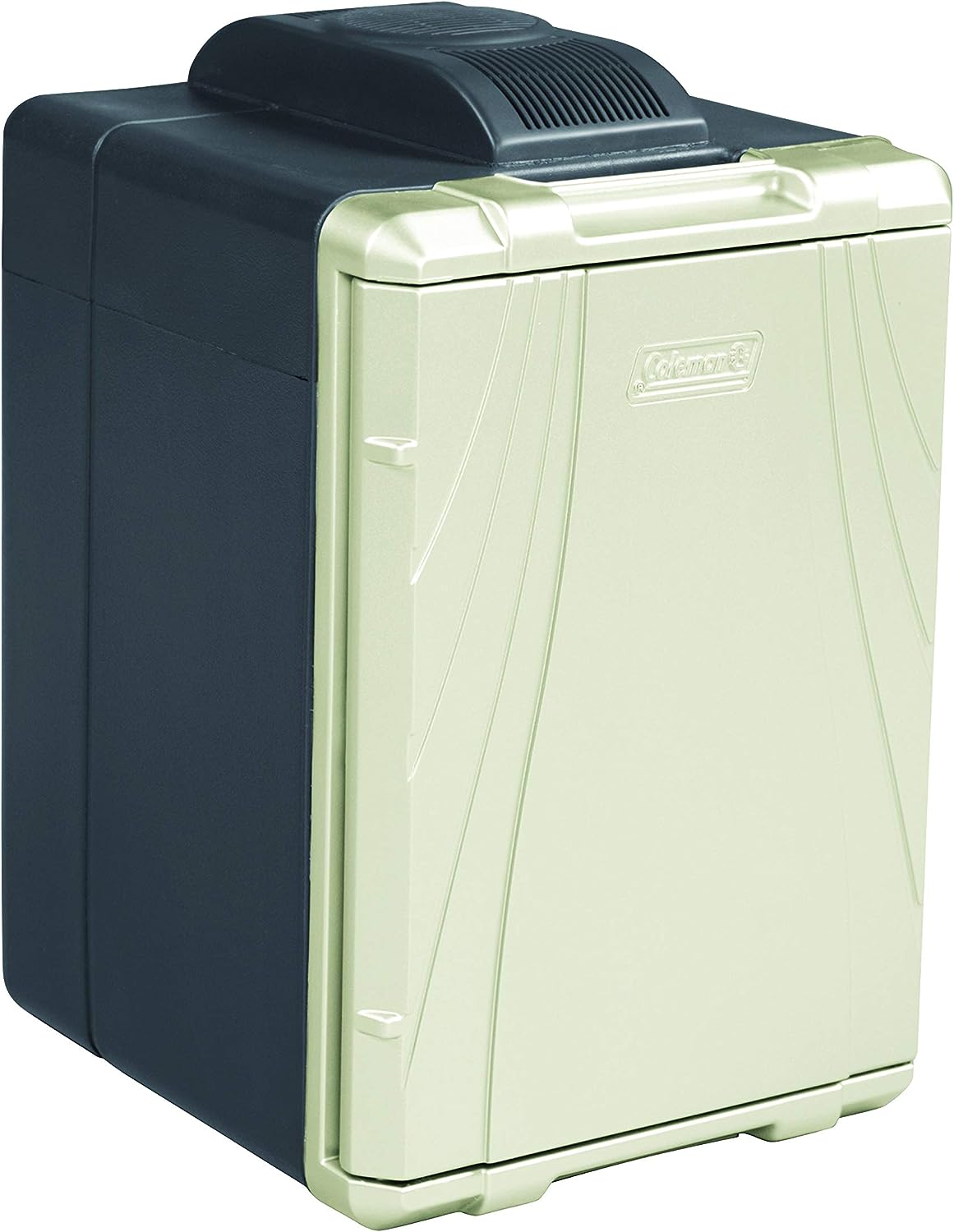 If you are a person that is constantly traveling and don’t have the time or the convenience to pick up ice and chilled drinks, but you still need to keep your food and drinks cold, then you may want to consider the Coleman Thermoelectric Cooler. You can easily fit 44 cans of beverages in this cooler along with other snacks that you wish to take with you. There is an adjustable door that can be opened on the right or left side while you can adjust it as your needs require, be it in the car or out of it.

Quite a few users have revealed that during trips that included extended time travelling between vehicles and cabins, the Coleman Thermoelectric Iceless Cooler performed well as expected. Users can plug the cooler into the cigarette lighter in the car if on the road and then plug it right into the wall socket when you arrive at your destination. You don’t actually need to be outdoors camping to enjoy using this cooler since it can be used in your work space or your home as well.

Some individuals that have had the opportunity to use these on a regular basis for a few years have mentioned that the motors sometimes give up. However, when you consider the amount of money saved over the years, the costs can be more than justified don’t you think?

So what’s the bottom line?

The bottom line of purchasing a cooler is to suit your needs. If you are simply looking for a cooler for the day, you may want to try out the Coleman Steel Belted Cooler.

If you need something a little bigger that can hold ice for several days on your next camping trip you will have to consider the Coleman 70 Quart Xtreme Cooler.

If you need a cooler to use on a regular basis and don’t have the time to pick up ice, you will have to pick up the Coleman Iceless Cooler.

We are positive that one of these coolers will meet your needs to enjoy your next outdoor adventure.