It seems like there are fewer and fewer truck models as time wears on. And to compound the matter the number of Cool Trucks is dropping to endangered levels. But alas there are a few manufacturers who create awesome off-road packages or cool appearance packages for their pickup trucks. And we salute those automobile manufacturers.

With so many different configurations, it might be hard to find out the coolest truck of the bunch. There are multiple engine sizes, cab configurations, and bed lengths. Thankfully there are a handful of cool trucks that really stand head and shoulders above the rest. This list of the Top 5 Cool trucks for 2020 spotlights a wide range of pickups. There are big haulers, sporty street trucks, off-road machines, and pickups with luxury in mind. Read on to find out which vehicle is crowned the Coolest Truck for 2020.

The 2012 Toyota Tacoma is comes in many different configurations. You can opt for the big double cab, the base 4-cylinder, or the long box bed just to name a few. The X-Runner is akin to a street truck and looks good with its lowered stance and ground effects kit. But the coolest Tacoma truck model for 2012 is the T|X Baja Series. With the debut and resulting popularity of the Ford Raptor truck; it was proven that a pickup truck modified from the factory for off-road use could be a huge seller. But who can really afford $45k for a truck? So Toyota stepped in with their cool new T|X Baja Series Tacoma for 2012. This truck was inspired by the many Baja racing pickups from years past. Although prices have not been officially announced you can expect the Tacoma T|X Baja to be priced in the upper $20k range. Any vehicle from Toyota that has been tuned by TRD (Toyota Racing Development) deserves special attention. The T|X Baja gets a whole bunch of goodies. Toyota has always offered special off-road packages for various truck models, but the Baja takes all these cool TRD parts and makes them standard. Starting with the exterior of the truck; the Baja theme is quite evident thanks to a cool graphics package on each side. The 16-inch wheels are pretty cool as they are referred to as bead-lock style and feature a Gun-Metal finish. The tires are tough BF Goodrich T/A KO models which are specifically designed for all terrain types. A cool TRD catback exhaust not only adds a few horsepower, but it also gives the T|X Baja a mean growl. Underneath the body is where the trick suspension components live. Up front Toyota added Bilstein race shocks with 60mm pistons that increase wheel travel by another inch. Out back the shocks feature 50mm pistons and cool remote reservoirs to better the dampening. Of course the Tacoma T|X Baja Series comes with $WD standard but you also get traction control and 2 versions of hill assist control. The Tacoma Baja is powered by a 4.0 liter V-6 engine that should make about 240 horsepower and 260 lb-ft. of torque. 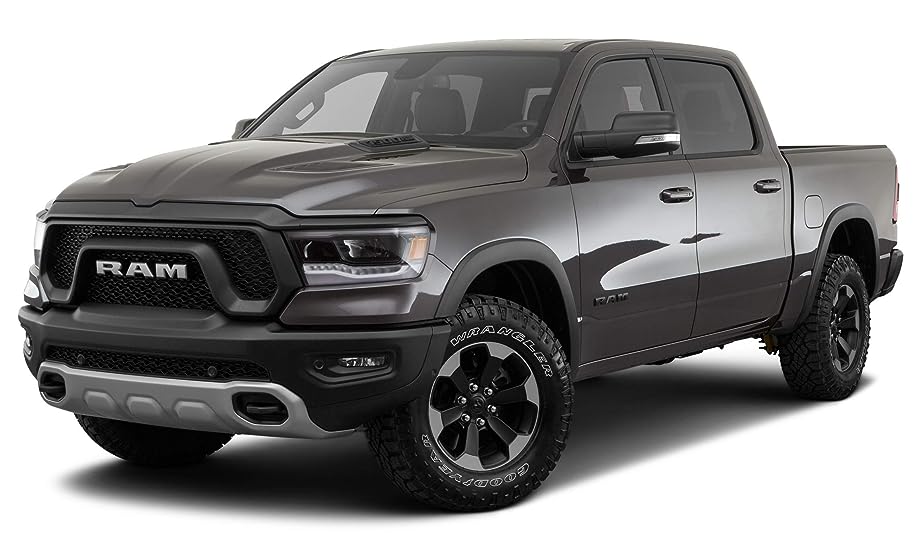 Back in 2004 Dodge created on of the biggest monstrosities known to man. The Dodge Ram SRT-10 came packing Viper power in the form of a 500 horsepower 8.3 liter V-10 engine. And the street truck public fell in love with this powerful cool pickup. Well the days of fuel economy and recession have all but cut these types of excessive vehicles. But just as there is an off-road truck buying demographic, so to is there a sport truck loving audience. And for the 2012 model year the Ram 1500 R/T is one of the coolest sport trucks out there. The best part about any Dodge car or Ram pickup truck is the engine. And of course a Ram truck MUST be powered by a HEMI to be cool. The Ram R/T sports a 5.7 liter HEMI V-8 engine that pumps our 390 horsepower and 407 lb-ft. of torque. Power is transferred through a 6-speed transmission down to 4.10 gears. That is some serious muscle for a truck. The 2012 Ram 1500 R/T has a base price of $31,685. On the outside the Ram R/T features color match body panels along with R/T emblems and a cool front bumper and spoiler combo. The wheels are huge 22-inch forged aluminum rims wrapped in 285 width 45-series tires. 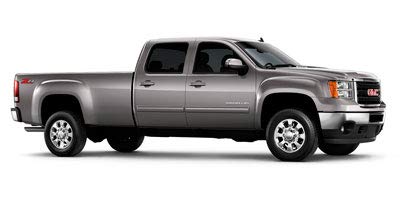 The 2012 GMC Sierra 2500HD Denali is an upscale model of the Chevrolet Silverado. This cool truck is one of the most luxurious pickups in America. But don’t be fooled into thinking the Sierra 2500HD is some sissy. On the contrary; the Sierra 2500HD is built to be the strongest in its class. The frame of the Sierra HD is boxed for additional strength and rigidity. Couple that with high strength alloy steel and the result is a cool truck that has a best in class gross weight max of 29,200 lbs. The 2012 GMC Sierra 2500HD Denali is powered by a 6.0 liter Vortec V-8 engine with variable value technology that produces 360 horsepower and 380 lb-ft. of torque. The Hydramatic 6-speed transmission is very advanced as it can sense and adjust based on load and acceleration. Yes the Sierra 2500HD is tough and surely has the guts to haul or tow just about anything. But it’s on the inside where the Sierra sets itself apart from the rest of the pack. The Denali model ensures the driver is bathed in luxury. The 12-way adjustable seats are wrapped in supple leather and have their own climate control while the dash and other trim pieces feature brushed aluminum or polished wood. The sound comes via a BOSE Centerpoint System and there is a DVD-based 6.5 inch touch screen navigation unit. Beyond that there is also Bluetooth, OnStar, and a rear seat entertainment package. The Sierra 2500HD Denali also looks so cool. With its crew cab layout and color matched body parts, the Sierra is one sexy truck. There is a fair amount of chrome on the exterior too with the grille, rims, door handle, and other various trim pieces. The 2012 GMC Sierra 2500HD Denali is pretty expensive at $48,785 but this truck is more than just the sum of its parts. What makes the Sierra 2500HD Denali a cool truck is the fact it can meet all your heavy duty truck needs while providing the occupants with a luxurious driving experience. All that and it looks good too! 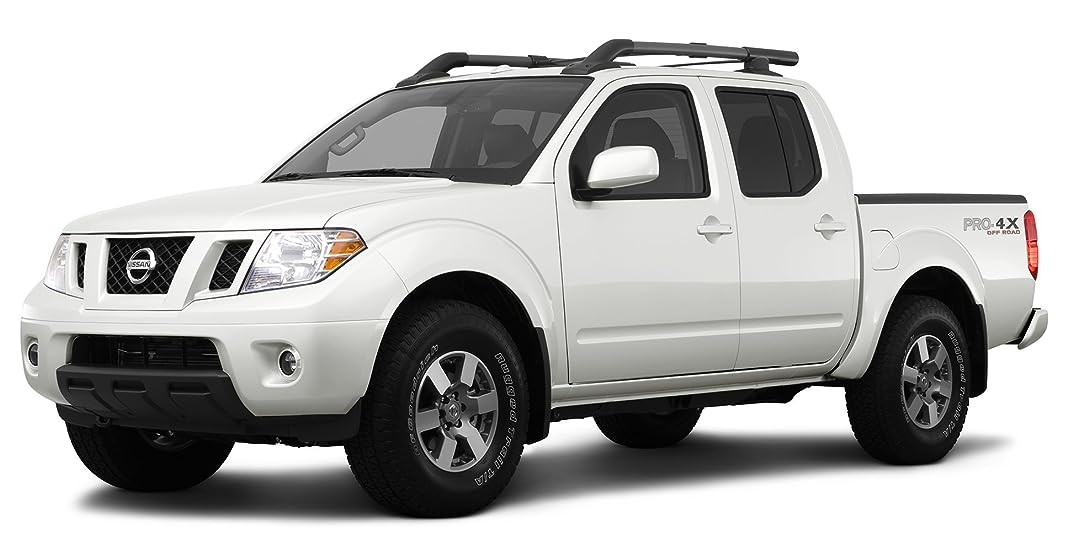 The Nissan Frontier is the small truck built on a full sized truck chassis. The Frontier and its big brother the Titan share the same platform. The 2012 Nissan Frontier PRO-4X is another truck built with the off-road enthusiast in mind. And there are some really trick features that make the Frontier PRO-4X a really cool truck. The base price of the PRO-4X is $28,510. Starting with the exterior, the PRO-4X sets itself apart from other Frontier models with am updated front bumper, color matched body parts, larger fender flairs, and PRO-4X stickers out back. The rims are 16-inch machined aluminum pieces wrapped in BF Goodrich Trail T/A tires that measure 265/75R16. The off-road additions are what make the PRO-4X such a cool truck with the main attraction being the Bilstein off-road performance shocks. There are 3 different skid plates attached to the bottom of the Frontier PRO-4X. One to protect the oil pan, fuel tank, and the transfer case out back. Serious off-road trucks have a real locking differential and the PRO-4X is no exception. This forces all the wheels of the truck to turn at the same rate so that no one wheel can spin freely if the truck encounters rough terrain. Power comes via a 4.0 liter V-6 engine that creates 261 horsepower and 281 lb-ft of torque. Stability and traction control are standard as is hill descent control. The Frontier is a cool truck because it is the toughest midsized truck on the market today. 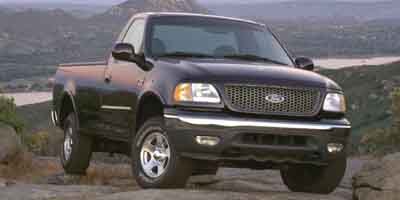 The Harley Davidson nameplate has lent itself to numerous Ford F-Series trucks over the past few years but the 2012 Edition is the coolest truck that has ever graced the F-Series line. This is by far the best-looking Harley Davidson rendition ever produced and the cool factor really comes out when you see this truck in person. Looking at the Harley Davidson F-150 from the front the first thing you notice is the huge billet grille. Both the front and rear bumpers are color matched. The headlights and taillights featured darkened surrounds to give the Harley Davidson F-150 a cool sinister look. Gone is the old orange pinstripe and chrome wheels that give a very dated look; instead the 2012 model sports a pretty cool dynamic graphics with subtle lettering on the side of the bed. Out back is a trick chrome dual exhaust. The rims are massive 22-inch units with painted accents that really tie together the whole exterior of the truck. There are also cool little Harley Davidson badges on both the tailgate and front fenders. Under the hood the 2012 Ford Harley Davidson F-150 rocks the same 6.2 liter V-8 engine as the Raptor SVT. This high performance engine makes 411 horsepower and 434 lb-ft. of torque. The Harley Davison F-150 can also tow and haul some big time toys too. The rear axle features an electronic locking rear differential and there is a trailer brake control unit in the cab. The suspension is a bit sportier with a lowered stance and tuned shocks at all four corners. On the inside the 2012 Ford Harley Davidson F-150 looks like a million bucks. The front seats are 10-way adjustable buckets wrapped in Black milled pebble leather and can be cooled or heated with the simple turn of a dial. A 4.2-inch LCD screen is on hand to display vital information to the driver like towing performance or gas mileage figures. The Navigation is voice activated and features Ford’s famous SYNC system that wirelessly connects your phone via Bluetooth. The Harley Davidson has a moon roof, rear view camera, remote start ignition, and a whole other bevy of good stuff. The only drawback of owning the coolest truck for 2012 is the cost. With a starting price of $48,720 the 2012 Ford Harley Davidson F-150 may be out of reach for most cool truck lovers.