Finding a bunch of sexy cars is a simple chore. But finding a handful of sexy trucks is much tougher. Trucks are meant to haul, tow, work, or play in the mud. And for the most part the only difference between truck models are the engine size, drive train configuration, cab size, and bed length.

Sure you can add running boards or a chrome grill. But those accessories are not enough to make a truck sexy. So then what makes a truck sexy? Is it a huge powerful engine? Are dully trucks or Heavy Duty trucks the sexiest? Which makes your heat grow fonder; a truck with an off-road package or one with a street stance? Thankfully there are a few pickup companies that provide some cool and sexy truck models. This Top 10 Sexy Trucks for 2020 has a nice assortment of great rides! 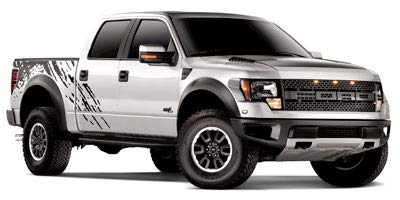 The 2012 Ford F-150 Raptor is one of the sexiest trucks in person. In print advertising the truck looks over the top with all the graphics and black urethane body parts. And some of the interior colors are a little bit to in your face. Think bright orange everywhere. But the blacked out Raptor is so damn sexy! The Raptor sports the Pre-Runner look with 7 extra inches of width added along with a lift of 11 inches to help with suspension travel. Fox Racing Shox also provides the internal triple-bypass shocks to handle the rough terrain. The suspension is made of durable light-weight aluminum parts. Top that all off with a high performance 6.2 liter V-8 engine that makes 411 horsepower and 434 lb-ft. of torque and you have one sexy off-road truck. 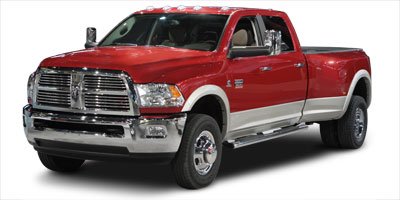 The 2012 Ram 3500 is a man’s truck. Oh and it make 800 lb-ft of torque from a 6 cylinder engine! While personally not a fan of the dully configuration, there is no denying that the Ram 3500 is quite sexy. But on a great platform and packed with tons of history, the current line-up of Ram trucks not only look fantastic, but they perform well too. What makes the Ram 3500 sexy? It is the Big Rig styling that includes an in-your-face chrome grill and tons of chrome. Under the hood lurks a 6.7 liter Inline 6 cylinder Cummins Turbo Diesel engine that makes 350 horsepower and 800 lb-ft. of torque. All this from a 6 cylinder engine that weighs less and gets better MPG than its competition? That my friends is super sexy. 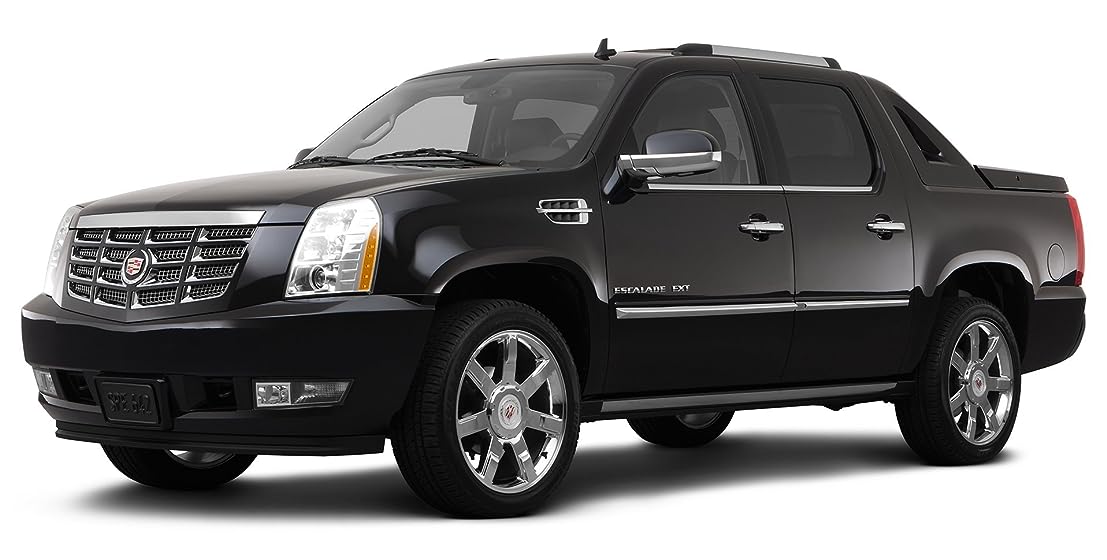 Say what? Cadillac makes a truck. Well take an Escalade and cut the back half off and you have the 2012 Cadillac EXT. Stands for extended truck. Super luxury is sexy so therefore most Cadillac cars are sexy. But the Cadillac Escalade EXT looks pretty good too especially if you slap on some 22 inch DUBs. The Escalade EXT is all blinged out with chrome but on the inside the truck is super sexy and suave with a nice interior. 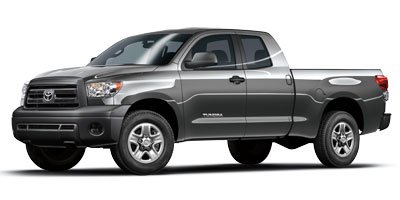 The 2012 Toyota Tundra Crew Max is a great all around truck that looks pretty sexy too. The Tundra is powered by a 5.7 liter V-8 engine that pushes out a whopping 381 horsepower and 401 lb-ft. of torque. The Tundra is a great pickup truck for towing and it can run from 0-60 MPH in the 7 second range. The Tundra is probably the best that Japan has to offer if you are looking for a sexy and reliable V-8 truck to battle against America’s big 3. The 2012 Tundra is a fill size half-ton truck that can be configured in a ton of different ways.

The 2012 GMC Sierra 2500HD Denali is closer to the Escalade in terms of truck duties but it does look a lot sexier. Everything about the exterior of the Sierra 2500HD looks tough. The chrome grills and squared off headlights combined with the chrome grill and fog lights in the air damn are just the perfect amount of style up front. The Sierra features a ton of chrome including: big chrome rims, chrome running boards, and chrome door handles. Opting for the black exterior paint and the quad cab is the best overall look for the GMC. The hood line is sharp and all these items mentioned above add up to give the 2012 GMC Sierra 2500HD one of the sexiest appearances out there. The truck is powered by a 6.0 liter V-8 engine producing 360 horsepower and 380 lb-ft. of torque. 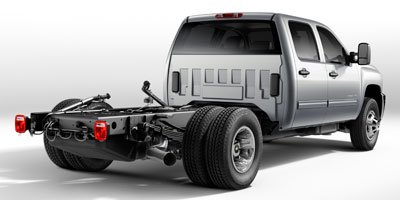 The 2012 Chevrolet 3500HD is the largest truck offered by Chevrolet. With a base price of $30,000 and a top of the line price of $46,000 it is also the most expensive. But what does all that cash buy you? First off the Silverado 3500HD can tow up to 20,000 lbs. Power comes on via a 6.6 liter Duramax Diesel V-8 that makes 397 horsepower and 795 lb-ft. of torque. That there is one sexy towing truck. Chevrolet did everything in its power to make the Silverado 3500HD tough. The frame is boxed and made from stronger steel. Both the front and rear suspension have been beefed up to handle the added stress loads. When you see a 2012 Chevy Silverado 3500HD rolling down the road towing something enormous, you cannot help but think its one sexy truck.

For the 2012 model year you can purchase a Sport Appearance Package for the Nissan Titan. This package adds sexy parts like 20-inch alloys and blacked out body parts including the grill and step rails. On the inside the theme is continued with accented seats and interior pieces. The base price for this truck is $28,160 with the top model starting at $40,780. The appearance package tacks on another $2400 on the price of the 2012 Nissan Titan. The Titan is powered by a 5.6 liter V-8 engine that makes 317 horsepower and 385 lb-ft. of torque.

Every since the Toyota X-Runner debuted in 2005 I have been a big fan. Unfortunately gone is the high performance V-6 engine which has been replaced by a pitiful 4.0 liter V- engine that only makes 236 horsepower and 266 lb-ft. of torque. Thankfully TRD has a supercharger that will get you over the 300 horsepower mark. The 2012 Toyota Tacoma X-Runner has a base price of $26,380 but you will definitely want to get the TRD sport package that adds a ton of trick parts. The X-Runner already looks sexy with its lowered profile and big ground effect kit. But the TRD Sport Package adds great parts like: a Bilstein Sport tuned suspension, 17-inch alloy rims, color matched body parts, TRD graphics, and a whole slew of interior components. The Tacoma X-Runner is one of the sexiest sport trucks on the market today. 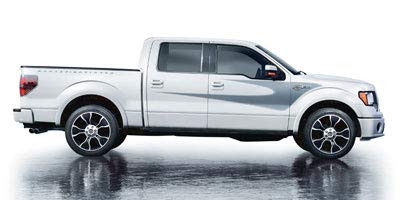 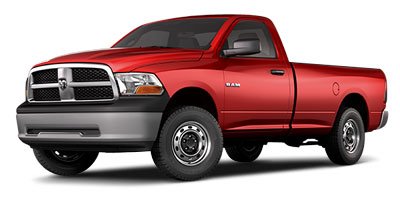 There is just something about the 2012 Ram 1500 R/T that gets my blood going. This pickup is the sexiest truck for 2012 because it looks good from any angle and there is not one problem I can see with the look of this vehicle. Every part of the body is color matched providing a clean and sleek look. The hood has a mean bulge with air inlets that let you know this truck is all business. The rims are huge 22-inch forged and polished wheels which just add to the overall sexiness of the Ram 1500 R/T. The base price on the 2012 Ram 1500 R/T. The truck comes with a 5.7 liter V-8 HEMI engine that cranks out 390 horsepower and 407 lb-ft. of torque through a 6-speed automatic transmission. The Ram 1500 R/T also rocks 4.10 gears which help it to accelerate from 0-60 MPG in 6.1 seconds making it one of the fastest stock production trucks. That is sexy!