Buying a brand new pickup truck will set you back at least $30,000. Even the most basic stripped down compact truck still costs a pretty penny. Trucks are the workhorses of America and over the years they have grown from all business into business and family vehicles.

Its not uncommon to see a truck loaded up with a family of 5 packed to the hilt with camping gear. Pickups provide great utility and if you cannot afford a brand new truck then the used truck market is your only choice. Below are a few of the best used trucks for under $15,000. 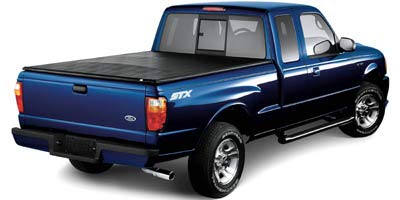 The Ford Ranger was the most fuel efficient truck on the market before it was discontinued here in America. Over the past decade the recipie for success included a small 2.3 liter 4-cylinder engine, 5-speed manual transmission, and a light duty truck chassis. The 2005 Ford Ranger managed 21 MPG in the city and 27 MPG on the highway which would still top the list of fuel efficient trucks today. In 2005 this compact truck only cost about $15k new which helped it outsell the competition. Fast forward a few years and a used Ranger still holds its value pretty well. Expect to find a 2005 Ford Ranger XL for about $7k-$9k. So if you are looking for a low cost compact truck with great fuel economy than look no further than the Ranger.

For decades the only trucks to come out of Asia were small compact pickups. Then Toyota decided to release their first full-sized truck on the U.S. market with the debut of the Tundra. With a exterior that mirrored American Full-Sized trucks, a refined and powerful V-8 engine, and Japanese reliability; the Tundra was an instant success. The first generation spanned the 2000-2006 model years and you can find a nice 2005 or 2006 model with a V-8 engine with under 100k miles for $11k-$13k.

The Nissan Frontier made its debut in 1998 and replaced the popular hardbody truck. In 2001 truck buyers really took notice when Nissan released a bolder truck with many styling updates. The SE model with a V-6 engine and 4WD system had an MSRP of $24k back in 2001. This truck is powered by a 170 horsepower V-6 engine. There is both a more powerful supercharged motor and a smaller 4-cylinder engine available. The naturally aspirated V-6 is the middle ground in terms of used car pricing. The Frontier came in regular, extended, and crew cab configurations. The Nissan Frontier is a good looking small truck that is useful for hauling, towing, off-roading, or working. With so many engine and cab configurations out there, you are bound to find an affordable model that meets your needs. A 2001 Nissan Frontier XE King Cab V-6 goes for $7k-$9k on the used market. 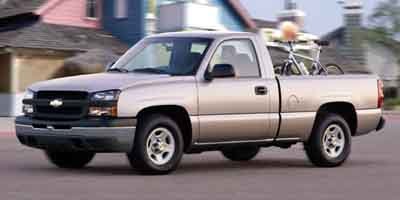 Before the 1999 model year, the term Silverado was a trim designation for the C/K pickup and Suburban SUV. Now there is a huge line-up of Silverado models that include both light and heavy duty trucks. A new Chevrolet Silverado 1500 comes in 31 different trims with prices that range from $22k-$42k. Over the past decade there are been many millions of units sold worldwide and this makes for a bustling used truck market. You can find an affordable 2004 Chevrolet Silverado 1500 LS with 4WD used trucks priced at $10k for a high mileage model. A middle of the road Silverado with not too many miles averages about $14k. As a bonus the Chevrolet Silverado has won many truck of the year awards along the way!